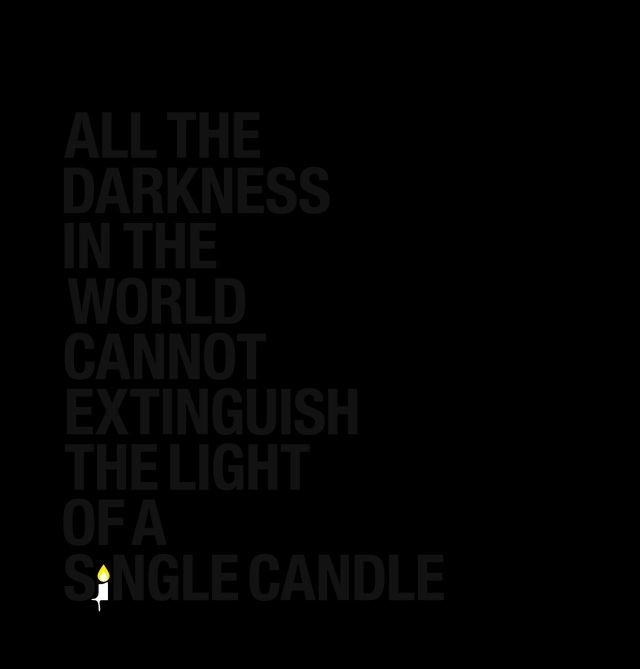 For months on end it seems as if so much of my time has been spent wrestling with darkness. The darkness to which I refer isn’t the blackness brought about by the drab, cloudy winter days whose number seem to outweigh those when the sun makes an appearance. Rather the shadows of gloom I battle are delivered daily, courtesy of my child’s inability to fulfill the demands of the cookie-cutter world in which we live. The events of this seemingly unending experience of night are like a constant hum of crackling static emitting from a radio not quite tuned into a station. Some days they rise to a blaring crescendo as if someone turned up the volume on the radio as far as it can go, ripped off the handle and walked away with it. The vexing noise is deafening and agitating and I cannot make it stop.

On this journey of life as the mom of a kid diagnosed with ADHD, an Anxiety Disorder and Sensory Processing Disorder, I am beginning to see a pattern emerge. It seems that when I let my guard down momentarily, because things appear to be better for a time, the return of nightfall is all the more dramatic. I would liken it to the experience of that dreaded annual event in autumn called Daylight Savings, when an hour of light is forcibly severed from our day. It is unwelcome, harsh and causes everything to seem off-kilter for a time.

Freshman year seemed to be going swimmingly well. A new school in a new town with a new schedule to learn could seem daunting to even the most adaptable of souls. But she embraced it, as the trendy phrase describes, “like a boss”. With no more school uniform to constrain her sense of style, she excelled at assembling outfits worthy of their own pin on Pinterest each day. She bounded out to the bus stop looking ever the part of cute adolescent girl, complete with headphones in her ears attached to her new iPhone. After school, I delighted in any shreds of details from her day she would divulge. These quick minutes she allowed me to steal were filled with the names of new friends made, stories of teachers whose creativity raised learning to a whole new level of fun never experienced before and so many possibilities that made the future of high school seem exciting. Just when I didn’t think it could get any better, word came from the new school’s powers-that-be in the form of an official letter. It informed me that my kiddo was voted September “Student of the Month” by the Math Department and we were invited to a ceremony at the school to celebrate this monumental achievement. While I have always known that she is exceptional and amazing, she is a kid who has struggled mightily to show others this side of her, but without a whole lot of success, at least on the playing field of academia. This honor rendered me speechless. The way I felt reminded me of the buzz in the air on the last day of school when the bell rang and summer break was beginning-the future is bright and anything is possible.

Novelty is the friend of persons with ADHD. It is captivating and motivating and brings out their ability to hyperfocus and perform at their best level of effort, that is for as long as it stays novel. Somewhere around October, the novelty of high school wore off for my daughter. Packing a one-two punch was the news that her beloved Papa (grandfather) had fallen for a second time in less than two years. Although it wasn’t a near death experience like his previous traumatic brain injury, nonetheless it was a devastating fracture that was going to require hospitalization and rehab for months. The disruption to the new life she was creating hit her at an emotional level and at a practical level. She took time off school to be at the hospital for the surgery to repair his broken pelvis and she fought with levels of anxiety that threatened to paralyze her. As if our lives were mimicking the shortening October days, nightfall returned and the darkness filled the space that just weeks before had been gleaming and light-filled.

From the earliest of my days, I learned that darkness was bad and to be feared. My childhood home, 1013 E. Prairie Avenue, was a small tri-level with the family room located on the lowest level. It was there where my brothers and I would whittle away hours playing with toys, napping on hot summer days and of course, watching tv. Our “rec room” as we fondly called it circa the 1970’s, seemed as if it were miles away from the rest of the house. Yet when Mom called to say supper was ready, it was with superhuman speed we bolted up the five stairs to the main level. We sprinted two stairs at a time, not so that we might be first to bite into the hot, delicious meal on the table, but rather to avoid the job of the last one up–turning off the lights in the rec room. That place which felt like a safe haven for hours on end each day ceased to exist when it was void of all light. The horrible things that might just happen in the darkness were terrifying and taught me to become the fastest of all stair sprinters. But no one ever told me that when you grow up, sometimes there is nowhere to run from the dark, no matter how fast you are.

The events that unfolded in November and December were not foreign to us. We had encountered them many times before, but we thought things would be different at the new school. The new school isn’t a private one, like the one from which we came. It was supposed to be used to kids like mine, it was supposed to understand the brains of kids like mine, it was supposed to take good care of kids like mine. The problem is that it didn’t. Assignments turned it late were still docked by 50%. Some homework wasn’t even accepted late. After countless hours were spent trying to finish the night’s assignments, studying for a test or working on long-term projects was just an afterthought. She had nothing left to give at 11 p.m., having already put in 6+ hours of time outside the classroom after a full day’s work inside the classroom. Parent/Teacher conferences were filled with compliments and concerns. “She is so bright! Why can’t she turn in her homework on time?” “Your daughter is one of the smartest students I’ve ever had. I can’t understand why she is failing my class.” We formally appealed to the new school for help. They said “No”.

Christmas break was filled with tortuous hours of trying to catch up for the teachers who generously gave her a last chance to complete unfinished assignments. The days after break were filled with text messages sent to remind her to turn in all the homework she labored so intensely to finish. Sadly, they were also filled with her daily confessions of “I forgot to turn it in, Mom.” Then the emails began to arrive as the time for final exams neared. One, from her history teacher, asked us if we knew that failure on her part was a very real possibility in his class. “OF COURSE I KNOW! I LIVE THIS STRUGGLE WITH HER DAILY!” is what I wanted to write. Instead, I attempted to type out a respectful acknowledgement, a thank-you-for-letting-us-know and a pledge to try to help her pull up that grade so that she doesn’t have to spend her summer doing what she and many ADHD kids hate doing–more school. There were tears from her and cries of the injustice of the situation–“I thought they were going to help me, Mom! I wish I didn’t have ADHD! I just wish I was normal!” With nowhere to run from this all prevailing darkness, I was forced to fight it with all my might each day. It wore me out. It made me feel utterly helpless. It tempted me to simply lay down on the battlefield and surrender.

One day, something changed. While sitting in the physical darkness of my kitchen I pulled a stool up to the island and lit one candle on the Advent wreath whose greens were now yellowing and dried up. I had lit this wreath all during Advent, but this time, for some reason, I saw it with new eyes. At that moment it dawned on me that the darkness in the room actually served a good purpose. It provided a backdrop that allowed the light to appear brighter. It even served to point me towards the source of the light. The darkness was redemptive in quality. In a new way of thought, I saw that insomuch as the darkness reveals the light, it is capable of illuminating the brilliance of that one, single flame. No longer did I have to fight it with all my might. I could take its good with its bad. We could still wrestle one another, but now I was resigned to let it be a guide. My search for the light, for answers, for a new way for my girl was renewed with this realization.

Thankfully, she survived first semester of freshman year, hanging from a frayed thread, but intact. Kicking off second semester with a renewed hunger and thirst for the light, I began consulting educational materials, friends in the academic profession and mental health professionals. I set up new structures and collected data and became relentless in my pursuit to make a difference for her. A date had been set for another meeting with the new school. This time I was going to be better prepared. This time I would demonstrate my expertise on the subject of my daughter. This time I would not accept “no” for an answer.

The morning of the meeting arrived. In a strange way, the wrestling match had energized me to face this day. Although I was feeling a bit nervous, I also felt ready. To calm my nerves, I headed out for a quick run down to the river whose sight always soothes my soul. As I ran, from the depths of my being I appealed to the Light on her behalf. On my way back home, nearing the top of the hill, I resumed playing some music. A new song I hadn’t heard yet cued up. Its words summed up the journey that had led to this moment:

this being human is a guest house
every morning a new arrival
a joy, a depression, a meanness
some momentary awareness comes
as an unexpected visitor
welcome and entertain them all
be grateful for whoever comes
because each has been sent
as a guide”
–Kaleidoscope by Coldplay

Today I heard back from the new school. To my latest formal appeal for help, they answered “Yes”.

Thank you for visiting my guest house, darkness. You came at an unexpected time and I didn’t want to welcome you, but in the end, I know you were sent as a guide to lead me to the Light.

3 thoughts on “Wrestling with Redemptive Darkness”