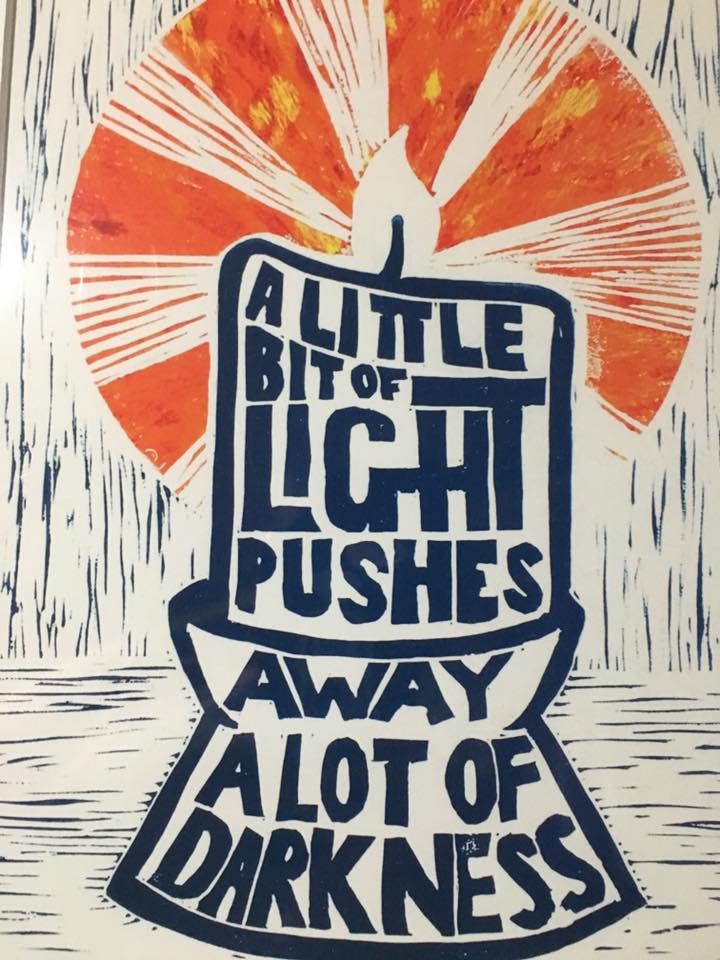 Every so often we are offered a deliberate opportunity to stop and reflect upon the power of one person who uses their light to make a big ol’ positive difference in our lives. Just this week that opportunity was mine when I was asked to write a letter of support for my daughter’s IEP Case Manager and math teacher, Derek Sutor, who has been nominated for Educator of the Year in our school district. Since this world can be short on tales of loveliness, I want to turn the spotlight on one such story about this man who has changed our lives forever. He has spent four years rooting for our girl, so now it’s our turn to root for him.

For every family who feels alone in their journey to love and support a neurodiverse child, for every parent who feels the burden to educate those who misunderstand, for every shy, people-pleaser who is forced to be fierce, for every kid who doubts they will ever overcome their challenges, we wish the gift of an encounter with an educator like Derek Sutor. He is someone who exemplifies the truth that a little bit of light can push away a lot of darkness and forever change the trajectory of a child’s life.”

Recently it came to my attention that Derek Sutor has been nominated by his colleagues at Geneva High School for the 2019 Educator of the Year. Not only did this news bring me great joy, because I can think of no other educator more deserving than he, but I also was thrilled to be asked to write a letter in support of his nomination. We address you today from the perspective of a mom and dad to one Geneva High School senior whose life trajectory became brighter and better on the first day of her freshman year when she stepped into Algebra IA. It was her first team-taught class and half of that dynamic teaching duo was Derek Sutor. We will forever be grateful for that moment because it is when she met this incredible man whose belief and championing of her cause has, without a doubt, had the single most positive impact on her life as a high school student.

As a mom, my journey as a neurotypical person raising a child diagnosed very early on with Sensory Processing Disorder, inattentive type ADHD and an Anxiety Disorder has perhaps been the greatest challenge of my life. In the throes of the worst of days, it feels like riding on a roller coaster buckled in next to your child, but the ride remains on constant repeat. It doesn’t stop and it doesn’t let you or your child get out of the car when you’ve both had enough. It can be thrilling and terrifying and dizzying and anxiety-producing and sometimes even sickening. And so much of the time you feel alone—as if the responsibility to help your child survive and function on this crazy ride rests solely on you. Sadly on these days, you don’t even allow the hope of ever seeing your child thrive enter into your consciousness-you just want to get through the day or the next hour or maybe even just the next minute.

Being a neurotypical person raising a neurodiverse child means your primary vocation as a parent suddenly involves investing lots of time and money to provide occupational therapy and psychotherapy and testing and psychiatric services. It means educating yourself so that you might understand how to best love and support and motivate a child who experiences the world differently than you. And then in turn it means having to respectfully share your education with those who are like you were at one time-ignorant of the struggles faced by a child like yours. Sometimes it causes you to have to be fierce, even though you may be shy and people-pleasing by nature. It stretches you beyond your boundaries of comfort, but you go there because you love this child more than life itself and would do anything to relieve the suffering they experience being square in a world built for circles.

It was a scary decision to move our daughter from the small, private school in DuPage County where she attended K-8 to the large environment of Geneva High School.  Although her experiences in elementary school included many ups and downs, by 8th grade we had developed a mostly positive rapport with the faculty and they were granting her some accommodations after years of negotiation. Moving to the public school system with the task ahead of working to establish an IEP was a bit overwhelming and we knew no one. However, we believed that she would have quickly drowned in a private high school environment and knew GHS was the best option.

You can imagine it was much to our surprise when we received a letter after the first month of freshman year informing us the Math Department had chosen our daughter as Student of the Month. We were delighted. At the recognition ceremony before school one morning we gathered, met Mr. Sutor and his co-teacher Mr. Showalter for the first time and listened as they recounted the great qualities and efforts they observed in our daughter. This was one of the moments in which we found ourselves overwhelmed with gratitude that someone other than us was able to see the heart of our child and find the good within and name it for her to hear.

Freshman year was full of testing and evaluations in the effort to establish an IEP. At the forefront of our efforts, we found consistent support from Derek Sutor who had quickly become our daughter’s favorite teacher. He had a way of building up her confidence while also challenging her when she wasn’t performing to the best of her ability. To this day she still refers to him as her “Coach in the Classroom”. At the end of the year when it was concluded she would benefit from an IEP, Derek didn’t hesitate to express interest in becoming her case manager. This came as a complete relief because with Derek championing her cause, it felt as if we were no longer alone. We felt assured she had an advocate at school who not only possessed a keen understanding of how our daughter functioned but who also had developed an effective way of motivating her to rise up to her potential.

As we continued our relationship with Derek for consecutive years, it became abundantly clear that for him, educating students and advocating for them isn’t merely a job, but his life’s mission. He has gone the extra mile time after time to do all that can be done to help our daughter not only survive high school but to even have times in which she thrives. Derek has proven over and over his ability to see instinctively what many of us may never notice. During some particularly rough patches, our daughter could be observed in class sticking in her earbuds, pulling her hood up and over her face and tuning out. Most of us might experience this type of behavior as disrespectful and unacceptable. Instead, what Derek seemed to observe was a kid who was waging a great battle inside to fight off an encroaching panic attack. Not only did he recognize the truth of the situation, but together with her input, they figured out alternative ways in which she could cope in these moments. Behind the scenes, he confidentially communicated these methods to her other teachers, so they could all work as a team to help her. Because of Derek’s efforts, our daughter’s community at GHS has become bigger and she has found many teachers who have been enabled to understand her better and advocate for her in ways they are able. The environment she now encounters each day is one that is supportive, understanding and encouraging.

One of the things we find most inspiring about Derek is his ability to use the challenges he has faced in his life to model for his students how to become a successful and positive influence in the world, even when they encounter others who don’t understand them and may even mock them. He is honest about the hardships he has endured and uses his life as a shining example of one who has overcome through his choices and his hard work. This is also exemplified in the way he lives his life outside the classroom, juggling his role as a baseball coach, his roles as husband and father and even training and finishing the Chicago Marathon last fall. He is an incredible witness to his students and shows them who they can become, even with the incredible challenges they face.

As I reflect back on nearly four years at GHS, I realize that somewhere along the way, the crazy roller coaster ride began to slow down and one day it was as if it came to a complete stop. Offering us a hand to step off the ride was one very influential advocate who joined us in our efforts to help our child survive and function and he built a community of others to assist us in fulfilling our goals. There is an old proverb that says, “A little bit of light pushes away a lot of darkness”. One thing we know for certain is Derek Sutor has been and continues to be a bright light in the life of our family. He has worked ceaselessly to create with our daughter many experiences of success and his belief in her has given her the freedom to dream of who she can become, despite her differences and obstacles. To us, her parents, he has given us the immeasurable gift to hope for a bright future for our girl.

For every family who feels alone in their journey to love and support a neurodiverse child, for every parent who feels the burden to educate those who misunderstand, for every shy, people-pleaser who is forced to be fierce, for every kid who doubts they will ever overcome their challenges, we wish the gift of an encounter with an educator like Derek Sutor. He is someone who exemplifies the truth that a little bit of light can push away a lot of darkness and forever change the trajectory of a child’s life.

For these reasons and countless others, we wholeheartedly recommend Derek Sutor as 2019 Educator of the Year.